Posted on March 3, 2019 by blackskeptics 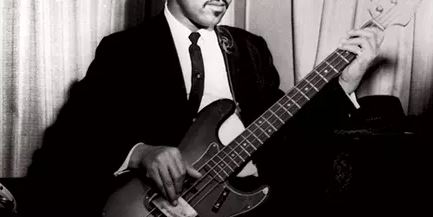 Card watched the Little Rock lightning crack through the sky and took another bite of orange. Rind, sticky pulp, seeds and all. An acid plague in his buck teeth. Rind was medicinal, kept the doctor and the quacks away, would heal his small intestine, make it museum ready, something modern science could slap in a jar, keep him buzzing through the night on the bass guitar when everybody else was six feet under and punked out by god.

He didn’t know what he was doing now but hanging on by a thread. Following the others. Treading water. Drowning in a sanctified vat of wishful fucking thinking. Matching Mick’s desperation pound for pound with something Tasmanian devil mangier. He was gonna call the service, tap the business card he’d found stuck on the gas station bathroom door when he was buying beer and Cheetos. The fix that stalked him in every city he’d rested his ass in for a week or three. Telling himself not this time, Cardinal Jamerson the III, not this time, son, be upright, be moral, be a secret knight in shining armor for the sake of your baby girl, nestled in her bed next to her mama in big fat foam curlers snoring one fish two fish red fish blue fish.

They were promised a big crowd for opening night at the tabernacle. Top billing before the organ grinders, jugglers and pie eaters. Part of him looked forward to dazzling the holy rollers. They all loved them some Motown. Fucked to it, daydreamed to it, crapped to it, procrastinated to it, blew a month’s paycheck to it, rode elevators to it up and down and down in an endless death spiral of work, the legions who came to the concerts then woke up manic depressive the next morning to climb the spine of whatever starless city they lived in.

He unzipped his pants. He couldn’t get hard if the Confederacy got resurrected and forced him to at gunpoint. The room was cold, his mind going in circles, fixing on the last conversation he had with the Motown accountant, the one where he’d been purged out of the system, his old employee number reassigned to a desk clerk. A whole employee number, seven golden digits of his own. A passport saying he wasn’t just a temp, a shrug of the shoulder paid under the table with a few sticky, mob boss Benjamins. For awhile he’d acted like he was the big shit. Treating family, a mess of aunts, uncles, sniffing around something for nothing second and third cousins to Sunday fish dinners, bowling parties, shopping sprees at the first boutiques to dip their toes in the water of letting Negroes try on clothes. Thinking it was all gonna lead to something better, deeper, permanent. His name in Klieg light white on his own record album. A roomful of studio musicians at his beck and call. A producer who’d snap crackle and pop to his commands. A pad that he could put first and last on, decorate a little, ride into the new decade. His baby girl and boy properly situated with their own separate rooms, weekends at the park, the roller rink, wherever, whenever.

Raining, raining, raining, now. A biblical bullfrog jumping flood.
He ran outside with his shirt open, savoring the rain on his skin, brown strips of it peeling off in stinky orange smut. Mutant dregs of his parents. Cardinal fucking Jamerson, the III. Motown’s heart, lungs, gut, blood stuffed in a fifteen dollar a night motel, aborted.

This entry was posted in Uncategorized. Bookmark the permalink.